by Gossip Hero
in Entertainment
0

Porsha Williams’ fiancé is slamming reports that he was unfaithful to the “Real Housewives of Atlanta” star.

Dennis McKinley was accused by YouTuber Latasha Kebe of cheating on Williams with “WAGS Atlanta” star Sincerely Ward. But he has denied the allegations in a statement to Us Weekly.

“These false and slanderous allegations against me are made solely to damage my reputation, jeopardize my ongoing businesses, and negatively impact my family,” McKinley said. “My attempts to ignore this slander have only empowered Latasha Kebe (aka Tasha K.) to create more false accusations. I am currently taking legal action — and am currently being represented by Michael T. Sterling of Dreyer Sterling, LLC.”

In a statement to E! News, his lawyer added, “I handle legal matters in the court of law, not the court of public opinion and I will take whatever appropriate measures I can to defend Dennis’ good name.”

Ward also denies having an affair with the Original Hot Dog Factory owner.

“I really have no clue where this came from. It’s bizarre, I’ve never met Dennis,” she told the outlet. “In Atlanta, it’s easy to have 6-degrees of separation [but] to my knowledge, I don’t even know if we’ve even been in the same room together.”

Meanwhile, Williams has yet to publicly comment on the cheating accusations but she sparked rumors that they were on rocks late last month when she unfollowed the father of her child on Instagram. She later re-followed him but has not addressed whispers that they have called it quits.

“I am loved, called, and chosen. I am rich in every way and generous on every occasion. I’m anointed, appointed, equipped and enabled by the power of God that works within me,“ the post reads. “No weapon formed against me will prosper and no enemy scheme against me will succeed. I live, breathe, and serve powerfully under the shelter of the most high God.” 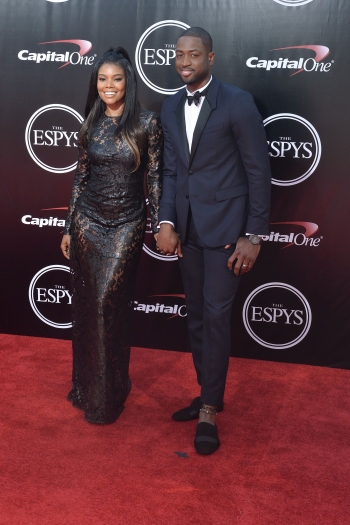 HEAD BACK TO THE BLACKAMERICAWEB.COM HOMEPAGE