Yesterday whilst being interviewed by a popular sports magazine, the boxing champ said some very strange and peculiar things 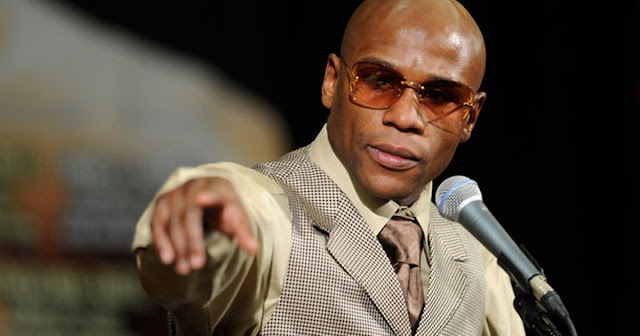 Mayweather, also known for much controversy surrounding his lavish lifestyle, recently made some unexpected revelations to the magazine.  He said: “it’s not that difficult being an African American in this society.”
Later he went on to voice his opinion on fellow sportsman Coilin Kaepernick, questioning his authenticity, saying:

“I don’t know why the fu*k Colin behaving like some retarded goon, kneeling down and sh*t like that gonna solve anything.  Besides, He’s not even black and who’s to say he’s on this side.  He better know that All Lives Matter and shut da fu*k up.”

Mayweather’s comments may not be taken very well by the BLM movement, but he is certainly playing into palms of a niche crowd.
When challenged about his venomous rhetoric, the boxing champ said,

“it’s simple, I gotta maintain my sh*t and gotta give thanks to those same All Lives Matter individuals who promote me to box”