The first part of blame goes to black mothers, he explains. Johnson makes the claim that black mothers are actually, “psychologically castrating” their sons. They do this by putting them down and talking down to these young black men, not realizing the damage they are inflicting psychologically. Then these black mothers wonder why their young men and women become gay later on. But all the blame doesn’t go to the mothers according to Johnson. He presents concerns about “Fatherlessness” and “Motherlessness” in the black home that cause young black men and women to become gay. He says that these are problems that affect communities of, primarily, African descent.

“You gonna be just like your father.” “You are nothing.” He explains that many people beat up on their children because they don’t think that much of themselves. This psychological behavior roles over to the child’s psyche. Often times, Dr. Umar Abdullah describes that he hears children say the reason they became gay is because of dealing with the issues their parents faced. The more chaotic and dysfunctional the black family is, the more of a chance that these black children will become gay. 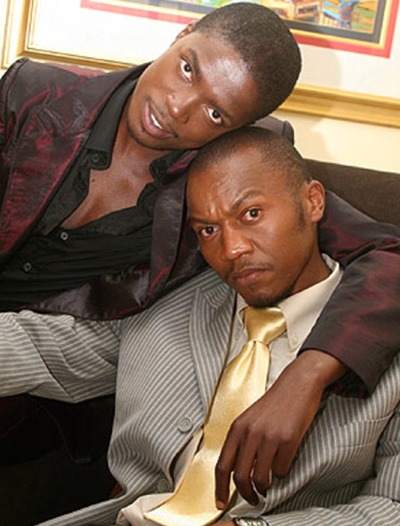 Abdullah Johnson describes that children face more abuse to mothers of absentee dads. He explains that women should never enter into a relationship with someone who does not respect or love their child. He also says that young black men and women of daddies in jail are more likely to go to jail. He explains that it is necessary for the mother to take these children to see their father so they can tell them where not to end up. He says that fathers still need to be fathers while even in jail.

Abdullah Johnson also describes that when girls do not have a father in their lives to validate them, they will often search for validation the rest of their lives. He explains that non custodial mothers should not think less of themselves because they are not the primary caregiver to the child. She still needs to be a part of the child’s life and help them prepare for their futures.

What he doesn’t point out is that in the media, being gay is an agenda that is shoved down the throats of black men and women to accept. Society looks down on black people who do not accept being gay. This is not the common views of black people. Many are conforming to the newly accepted ideology that being gay is fine and nothing is wrong with it. But if you think about it, the more black gay men and women there are, the less black babies will be born to preserve the black race. It’s an ingenious and demonic plan, that somehow, seems to be working as planned.

The next time a rapper decides to kiss a man in the public eye or parade around with tight jeans sagging down his behind, the parents need to explain to the child why this is unacceptable behavior. It’s time for black people to think and act smarter when it comes to our children. Their lives depend on our abilities to lead them into the future.

[This article is only meant to give an opinion. Not to encourage hate or brutality against gay people. I do not encourage or stand by the thought that it is okay to harm another person for being different. But I always feel it to be of most importance to talk about issues that affect my people and our children.]
Black kids Turning Gay
Black History Meets Gay History

Moor Us - Is Moorus.com A New Name In Black Social Networking