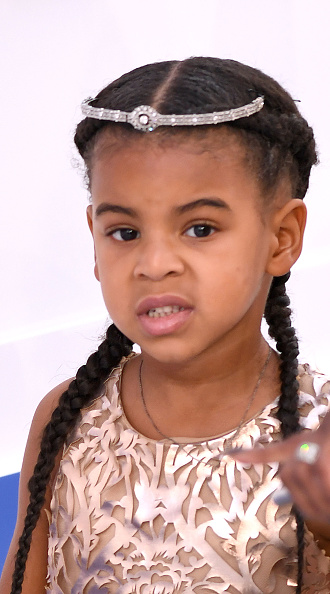 Who would have thought the the thuggish ruggish pop artist known as Jay Z who is one of the most successful rappers in the world, could produce a baby that looks this beautiful? Before their baby, Blue Ivy Carter, there were phony pics of what a Jay Z and Beyonce baby would look like and the two proved everyone wrong with this awesome beautiful child who I think may be bound for success as a model, actor or some type of celebrity one day. Actually, Blue Ivy Carter is already a celebrity. Well. . . somewhat. And it wouldn’t be hard since both of her parents are billionaires!

This is how the beautiful child, Blue Ivy Carter, looked at birth. This is a miraculous picture of blue ivy carter with a fresh white blanket wrapped around her.
Here Blue Ivy Carter looks like an Asian baby.

Here is a snapshot of Beyonce holding the beautiful Blue Ivy Carter in her arms a short time after the child’s birth. Beyonce looks so bright and amazing in this pic holding her beautiful child in her arms.

Here is a picture of Jay Z cuddling Blue Ivy Carter in his arms while he communicates on a walkie talkie.  They are on a yacht. This is something every infant could envy. Well… maybe when they reflect back on the event at an older age. But you have to admit. Blue Ivy Carter is living the charmed life. Beautiful Beyonce holding Blue Ivy Carter in her arms and bending her face over to kiss the baby as she walks with Blue Ivy Carter out in public. This is an awesome picture that shows exactly how affectionate Beyonce is towards her child. Heart warming to say the least. Blue Ivy Carter is lucky for certain.

As the first uncovered pic in six months pops up, Beyonce seems cautious of media and camera’s following her around as she holds Blue Ivy Carterin her arms caught with another random woman in the photo. This recent picture of Blue Ivy Carter was taken in Manhattan, New York.

The adorable Blue Ivy Carter has a funny way of sleeping. Now this is what I call putting your foot in your face! Literally. This is so amusing but at the same time this is also adorable.

This is a picture of cool and suave Jay Z holding his child, Blue Ivy Carter in his arms out in public.  He looks like he is the most happiest dad in the world. This is a picture of notorious rapper Jay Z, walking with his child, Blue Ivy Carter, wrapped up in a white blanket. He appears to handle the child as if he is rushing money to a money vault if you pay attention to how he is holding Blue Ivy. This is so precious. 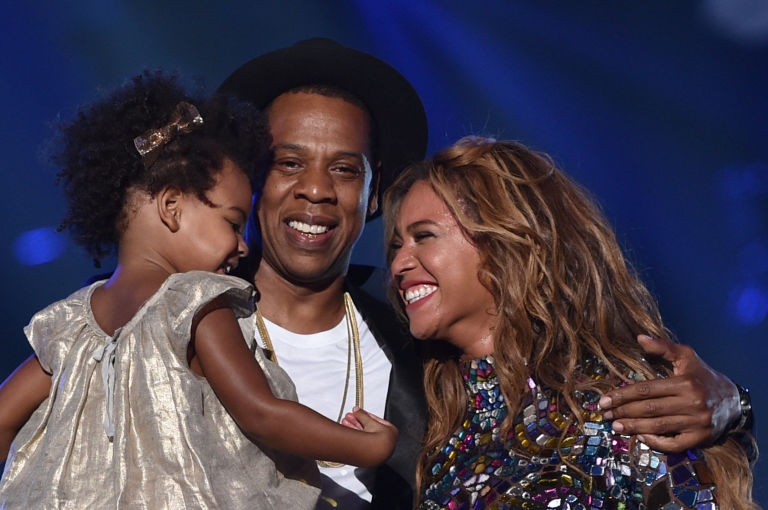 This is another picture of Beyonce holding her precious child, Blue Ivy Carter. She looks graceful as she holds her baby as if she is holding the child of a emperor or queen. 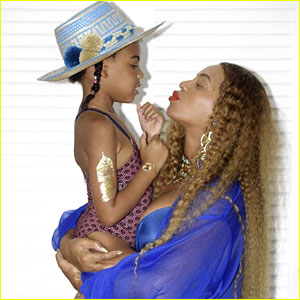 One of Jay Z security guards motion a paparazzi camera to leave them alone as a cautious Jay Z bundles Blue Ivy Carter in his arms. Jay Z clearly wants alone time with his precious child. 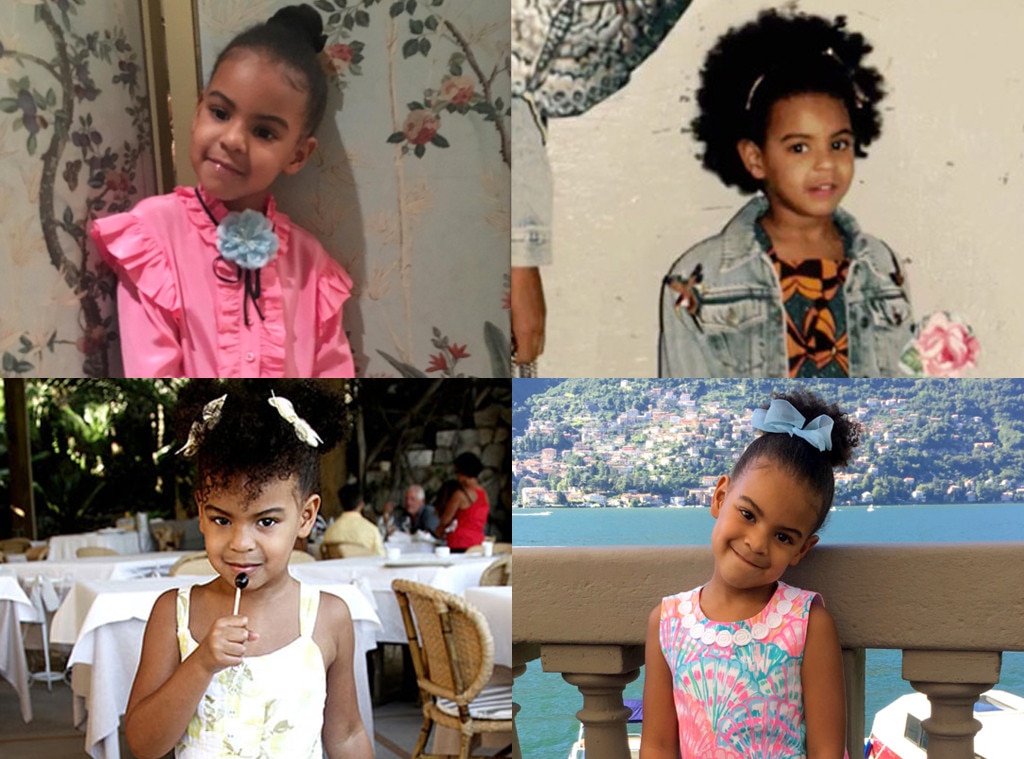 Jay Z is walking away from Beyonce and a security guard with Blue Ivy Carter in his arms wrapped up in a white blanket. Beyonce is smiling in the background… This is an adorable picture. Beyonce cuddles Blue Ivy Carter in her arms as she goes furniture shopping. She is seen looking fly as usual with black sunglasses and has Blue Ivy Carter wrapped up in a black baby carrying bag.

A voluptuous and beautiful Beyonce is seen not only showing her healthy legs and thick thighs, but also carrying Blue Ivy Carter with a white blanket casually down a Manhattan street as she barricades the baby’s face in her chest (Lucky baby!).

Gorgeous Beyonce cuddles Blue Ivy Carter in her arms at a beach, relaxed and kicking her toes in the sand.

Beyonce is playing with Blue Ivy Carter on the beach which is also a perfect opportunity to show that even after she gave birth, her abs are still kicking and she still has her body together.

Jay Z is on his luxurious yacht with his child, Blue Ivy Carter… the elegance of it all must be truly amazing to witness. This child is living the life! Beyonce is spotted coming out of a black van with Blue Ivy Carter cuddled in arms. Outside the blue van is Jay Z awaiting in a black bomber coat. Beyonce feeds Blue Ivy Carter a baby bottle in this black and white photo. So cute!

In this picture Blue Ivy Carter is seen sitting on an elaborate table with the backdrop of a beautiful beach right outside the sliding glass window.  Now this is awesome!

PAULA ABDUL CAN’T KEEP HER LIPS AWAY FROM SIMON COWELL