Rap Music Is Sickening Me These Days

Rap music is really beginning to sicken me these days and it’s kind of wild being that I grew up listening to LL Cool J Jingle them Bells and Big Daddy Kane bless the mic. That was back when Special Ed made us all think about it. I never dreamed I would miss those days. Everything was more simple. Sure, children were out of control, but not like today. I suppose back then we couldn’t imagine a generation worst than we were. Boy were we wrong!

I remember when the ridiculous fad of sagging the pants below the ass crack caught on. It was wild. I think I was about eleven when that became cool. I was hanging out with my fat jealous friend back then and he hipped me to the game. “You shouldn’t wear your pants like that anymore Curt! The cool kids are sagging their pants now. You are not fresh.” That was the cool terminology to use back then. HE reached over to waist and pulled my pants down. I was a bit irritated at first and then I seen that all the kids were doing it. I did it for the moment just to be rebellious. I felt like I was doing something bad. I was.
I quickly felt like a clown and pulled my pants back up to my waste. Never understood why kids thought that was cool. Even the girls were doing it. That was okay for me though. I liked being the odd ball. I liked being the one who was doing the opposite of what other kids were. They didn’t understand, but that made me the fresh one in my mind’s eye. Sagging jeans was tolerable. No one got picked on for not sagging their pants, but I guess the kids who did felt cooler. 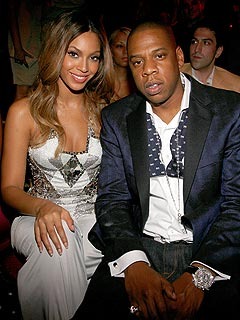 Now our kids took it a step further with skinny jeans. Now I can tolerate skinny jeans. But a man or a boy who sags skinny jeans… come on guys! You have to admit that looks gay. I remember kids who wore tight jeans used to get clowned on back when I was in school. Now it’s supposed to be hot? Will never understand it but my analysis is that fads change and become more ridiculous in our children’s drastic attempt to separate themselves from their parents. You know? It’s like saying, “Hey, it’s our time now. You had your time already!” I totally get it. I still just think it’s gay and weird. My son has worn skinny jeans before but I never caught him sagging in public. That would be worth some scolding.
More importantly is the content of music kids listen to these days. I mean sure, when the West Coast arrived on the scene, they took rap music to another level with this thing called gangster rap. Not that Hip Hop didn’t have gangster rappers too. But there was an unmistakable difference. You see, The East Coast gangster rap music was more intellectual and taught lessons of life. There was thinking involved when Nas and Jay Z told about their crimes. Much of the time you could get a positive message from the lyrics. It allowed artists to paint pictures of pain they experienced in their personal lives.
Now the gangster life is totally glorified. They made it cool to be high school dropouts, pimps and gangsters. How did we let this happen. Don’t even think my generation saw this coming. It just sort of happened. They got us hooked and then they got our kids more hooked. Maybe it is just me, but I feel like every generation, people seemed to get more dumbed down. Almost like it’s an evil plot by some invisible group of people. Hmmm.

They have totally commercialized rap music. Now every time I hear a new rap song, I have to really listen to it to see if it is a jingle for a commercial or if it is an actual song. It’s horrible too. None of the instruments even sounds real anymore. Everything is synthetic. It’s almost like the fabric of music has changed before our ears. And somehow… rap music keeps getting worst. I used to be such a big fan of the art form and expression. Now they have taken that away and turned it into a dollars game. Whatever will sell, they produce. And the sad part is that any piece of crap will sell with the right marketing.