by Gossip
in News, Politics
0

Is President Obama Too Soft? 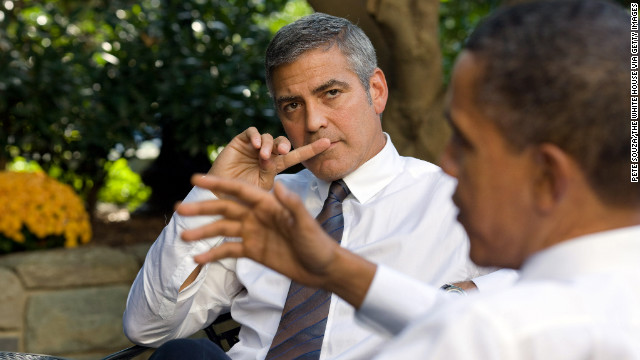 Pres. Obama seems like he is too soft to some people. In fact, you know something, I want you to defend your position. I the thing that I have to mention here is that Obama is neither friend or foe and thus the biggest problem that I have with Obama.

You have to know how to be a friend as well as a good flow. He’s neither. He plays both sides of the fence too well to the point that I don’t know where it is that Obama stands. I need to know who side your role in I don’t need you to gallivant back and forth with these promises in this political spectator ship in this celebrity we are talking about people that are impoverished that make up over 60% of the worlds population.

How is it that only one percent of the worlds population is considered in the elite elitist category. It doesn’t make sense. None of it. Obama himself did not create the problems brought and can also be action because you are in a place of power. I need to see things get better, especially for people who are in the same skin that you obviously are projecting yourself to be in the same people that you say you can identify with that. You identified so beautifully with the très von Martin verdict. The case everything I believe that he still could have done more. I forget the man’s last name, but the Troy case where he was accused of killing the cops that he obviously didn’t kill over Georgia’s man should not have been put to death on Obama’s watch.

It should never have happened. He should’ve emphasized more authority, he should show more authority, he should emphasize with the bullwhip that certain things are just not going to happen just because they are not because he is a black president, and he is Obama. And he is brilliant, and he does have a certain amount of integrity. He does have a backbone. I mean, such as we have seen, when he was debating against Mitt Romney for the 2013 election. I mean, it appeared that he didn’t have much of a voice in the beginning of those debates until the middle and of course the end, even to the point where it looked like his wife was disappointed in him.

Now, I mean, far be it for me to criticize him for having may be a bad day offer maybe even perhaps being out of it. He’s human. Please allow that right. But what was emphasized in that whole spectrum to me is that if you could be that lacks, and so out of it during your own debate at a time of importance, then how so was it that I should expect for you in my time of importance to act any different. This is not to negate Obama.

This is not to thrash Obama. This is simply an acknowledgment of what has been witnessed by me since Obama has been in office. Why am I so critical if he was white, Caucasian, I would not be as critical, because I expect more than other super critical as if it were my own father. My own brother. My own cousin, my own uncle. My own grandfather myself. I’m going to be more critical, because I expect more. That’s why I’m so critical of Pres. Obama. I know he didn’t create all the mess economically and otherwise, that America is in. However, he is to maintain some responsibility for it.

Having remained as such, and I would expect that to this term, it will especially since this is his last term, he should do his best to see to it that it’s not the exact redundancy of what belied last term. He secede to with an iron hand that things that did not get done will definitely get done, especially for the minority group show them all that the minority persuasion is valid. They do count. They are here and they do matter!